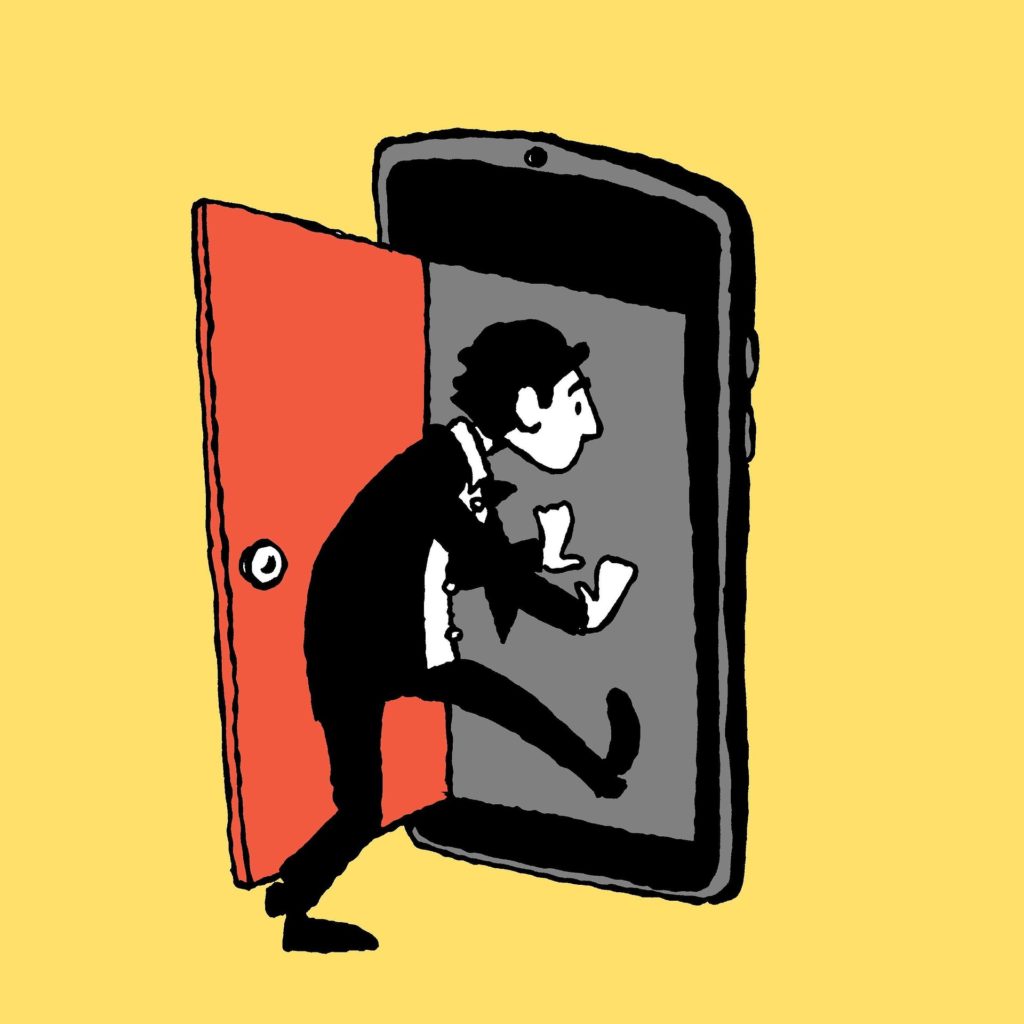 If you’ve seen Hitchcock’s classic film, Strangers on a Train then you may understand where I am headed with this; if not, you must—it “perfectly exemplifies Hitchcock’s favorite theme of the evil that lurks just below the surface of everyday life and ordinary men.” ~ Hal Erickson, Rovi via Rotten Tomatoes.

Unfortunately, I do take the Metro to commute from home to work in Washington and within the city. The other night on my way home, the trains were, as usual, very crowded. I got one of the remaining seats for my twenty-minute ride and sent a quick text to my husband to let him know I was in transit. I tucked my phone and reading glasses in my tote and looked around the train car. It was a cold rainy day in the District, so people looked a bit tired and weary from the weather.

People fascinate me. On occasion I like to make up stories about them—wondering what their lives are like, what they do for a living, are they married or single, have children, going to school, facing a dilemma, are they happy with their lives? On this particular evening, something struck me. I noticed on a deeper level how disconnected we’ve become yet starving for attention, affection, acceptance, and even admiration. Most people were glued to their small electronic devices; scrolling, tapping from app to app or visibly listening to music or a podcast perhaps. Some people smiled (to themselves not at me). Did you hear something funny? What is it? Others strummed their thighs to the beat or stroked their mini air guitar, which looks ridiculous when you are left out from hearing what these musicians are playing. All these people amused and consumed by whatever coming over the satellites beaming down to them on their “smartphones,” (yes, those phones know more than…) and making connections with some unknown being, when so many actual living breathing people were less than inches away.

When I lived further away from the city, I took a commuter bus to Washington. This mode of transportation is a bit different from the train in that the same individuals took the bus at the appointed time in the morning and for the return trip in the evening. Being a Chatty-Cathy, I struck up a conversation with whomever sat next to me for the hour-long trip. (No need to pull the string.) Some were obliging with small talk, others flat out told me they needed to work or sleep and others, were very keen on some witty conversation. During this time, I made friends with other lawyers, bankers, account executives, chefs, even a few physicians. We talked about everything from Downton Abbey, the Dow Jones Industrial Average, to the latest calamity be it work or of a personal nature. I remember very fondly one gentleman, we would laugh like a couple of teenagers smoking weed under the bleachers at a high school football stadium, about anything such as his latest customer service call with a certain wireless company.

But the train is not like the bus. You rarely see people you know and when you do it is a welcome surprise to converse rather than stare at a tiny screen or, re-read the Washington Post Express (sadly no longer) or count the number of stops remaining till you are set free from the cattle car at last.

One day last year, I actually spoke to someone. Yes, a stranger on the train. You see, I was having extreme difficulty in finding a new hair stylist. I know a seemingly trivial dilemma, but it took me three years to find the young man I came to admire and was informed he and his wife were moving to L.A. A woman on the train caught my eye, well actually her hairstyle. It was gorgeous and exactly the cut and style I thought would suit me. She was conversing with another lady and it was obvious by their conversation they knew each other through their children attending the same school. I rose from my seat and approached them.

“Excuse me, good morning. I love your hairstyle, very becoming. I’m looking for a new stylist. Could you…”
“Thank you, the lady replied, touching the back of her hair and shaking her head. A friend of mine cuts it, she’s retired.”
“Oh, well it is quite attractive.” Her friend smiled at me and they went on with their conversation.

As I returned to my seat, I wondered if I engaged with her on social media would our conversation been different? Would I have a new hair stylist? Public flattery on social media is all the rage and people do go on and on with likes and comments. The amount of intimate personal information that is shared on these sites is mind-boggling.

You might be surprised to learn that I’m not a huge fan of social media and have one account—Twitter. I am thankful that the internet and all its glory was not introduced to me until—well let’s just say, I was quite suspicious of it and admittedly a late bloomer when it came to all the newfangled technology. When the social media sites began springing up, a professional colleague reviewing the merits of it with me solely for marketing purposes of my creative endeavors, hailed it as a superhero icon. I liked Twitter the best at the time because it seemed less intrusive. Easy to use, concise, and to the point.

My presence on Twitter is simply to engage with other artists and promote my work but I somehow got swept in—at first. I began following certain news outlets, publishing houses, other feline lovers, actors, comedians and would follow people back who followed me. But in time I noticed a tremendous amount of angst and the concept started losing its appeal. My new rule is unless I come up with something ironically funny to say I don’t engage in certain discussions. I have my father to thank for that bit of wisdom.

At the fresh know-it-all age of 16, I landed my first real job. No longer the neighborhood babysitter or the bright smiling lass in a crisp white dress and apron handing out chocolate or vanilla ice cream cones on hot summer days at the Dairy Queen, I was hired as a salesclerk in the stationery department at a high-end department store. The night before my first shift, my father sat me down at the dining room table for a “talk.”

“A talk? Isn’t that Mom’s job?” I asked, in that 16-year-old sarcastic backtalk.
“You watch it young lady. This is serious.” I was humbled by his reply and sat down sheepishly on a chair. “If you remember anything, I tell you remember this: do not, I repeat do not under any circumstances discuss the following three topics with ANYONE you work with: religion, politics, and sex. Furthermore, do not talk about your personal life and never discuss anything that goes on within the family; that is private. Value your privacy. People will get all the information they can out of you, find your weaknesses. hold it and use it against you.”

Social media became, in a sense how Erickson described the theme of Hitchcock’s work: “the evil that lurks just below the surface of everyday life and ordinary men” and women.

When I think of the word social, it signifies something light, something fun, something engaging, something supportive and certainly not combative, competitive, condescending or strange. While social media or what I’ve come to call it, The Un-Social Media, does have a few “pros” it morphed into a “con,” literally and figuratively.

Engaging on a device with an untold number of social media accounts in which you have no idea who or what is really behind it is more terrifying to me than talking briefly with a stranger on the train.

I wonder how Hitchcock would do a remake…

During the New York State Bar Association’s annual meeting, Elena Kagan, Associate Justice of the Supreme Court of the United States, acknowledged that she uses an anonymous name on Twitter so she can see what other people are tweeting. “I’ve never had a Facebook account, but I do lurk on Twitter. So I use a different name and I never tweet myself. But, you know it’s sort of interesting what you see sometimes.”

See you just never know “who” is “watching” or “who” is “listening” including Alexa, Google, Siri …

The other day on the Metro, I took a seat in the front row next to the window by the train doors. Plenty of room to stretch my legs and easy to get up to exit the train with no seat in front of me. The downside to these seats is that you are on top of the doors and as the train makes it way through Maryland into DC it gets extremely crowded; most people stand jammed packed near the doors.

I began watching a young man who boarded the train eating a bag of petrified hot fries and thought to myself not a significant source of anything and this early in the morning; the thought made my spine shiver. Unfortunately, he stood right in front of me and continued eating (which is forbidden on the train). I’m not sure what he did with the empty bag when he finished but I did see him take out a box of chewing gum from his backpack. He ripped opened the cellophane and dropped the cellophane wrapper and its bits on the floor. The lady sitting next to me and I exchanged glances in disbelief—such blatant littering! A lady standing in the aisle, however, moved closer and took photographs of him and his trash on her phone. He then took out both his phones and took photographs of her.

I turned to the lady next to me and whispered, “Did you see that? Wild isn’t it?” “Yes.” “Something as menial as this could escalate very quickly. Not sure what they are going to with the photos but what a passive aggressive response. If the lady was upset why didn’t she just pick it up? I’m not sure it is worth getting into an altercation over a cellophane gum wrapper.” She agreed and said, “You never know who you are dealing with on the train.” “True.”

(I always wear sunglasses on the train…)